On the occasion, the honorable guest shared that he was an active member of Swat Scouts Open Group in his childhood and he learned a lot from Khpal Kor Foundation. He thanks Muhammad Ali for playing a vital role in his personal and professional growth and right guidance.

Khpal Kor Foundation is Certified by 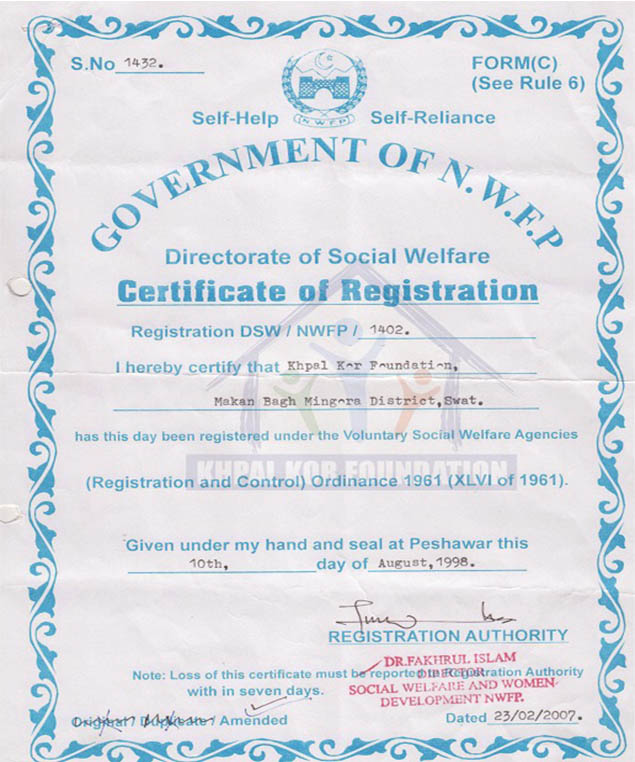 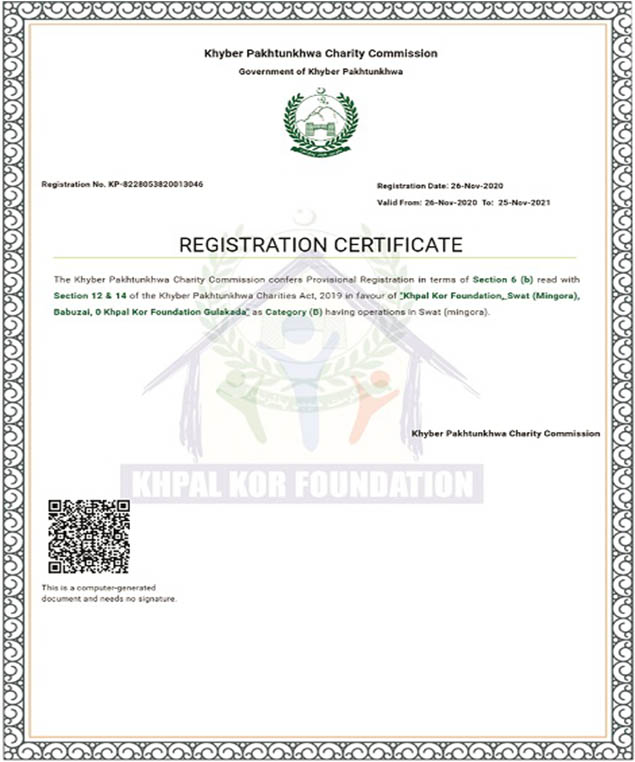 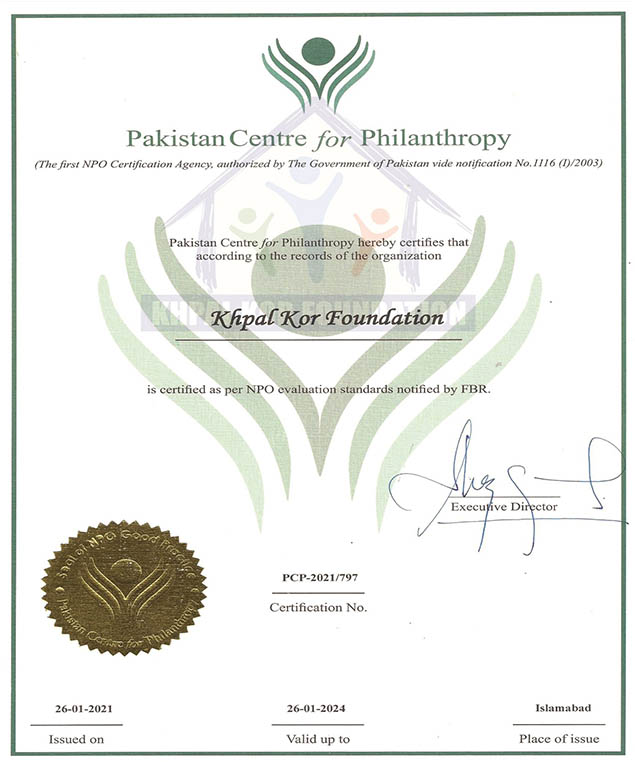